Trick or Treat - Our First

http://instagram.com/p/f947tbGsU0/
Thanks to social media, tv and the malls, Halloween or "Trick or Treat"-ing has become a trend, no, a tradition where we are (Cebu) now. It seems like I have been living under a rock not to be suckered into the hype. My older sons aged 20 and 17 never experienced trick or treating when they were younger. I hope they didn't miss out on anything. Hihi.

My 9yo son, Jake, got invited by my cousin to join their first trick or treat rounds in their new neighborhood. When I told him about it, he got excited. In all his 9 years, he was actually going to his first! Although I knew it would entail some expense like buying a costume, a mask or a prop to dress up for the part, we went along. So it was actually a first for us too.

The day before the event, we were at the mall to check out some costumes. There were a lot of options, but like I said, none came easy on the pocket. We settled for a black shirt and a pair of camouflage pants that converts to a pair of shorts. He had a saturator gun and helmet at home anyway, so he might as well just come as a soldier. He agreed, and oh, how he loved the idea! He was so fired up with his outfit for that day that he even wore the pants (as shorts) during the morning mass. He was that excited.

Because we weren't familiar with the mechanics and the route, we were at cousin M's place early. I was impressed by her preparation from the decor to the food. It was a full blown kiddie party, I tell you. Cousin M and her family did a good job! The kids and adults alike had a great time and didn't seem to mind the uphill and downhill trek from house to house to collect their treats.

It was a fun way to bond. Thanks cousin M! I'm glad Jake experienced the whole thing together with his cousins and friends, and before he thinks he's too old for it. 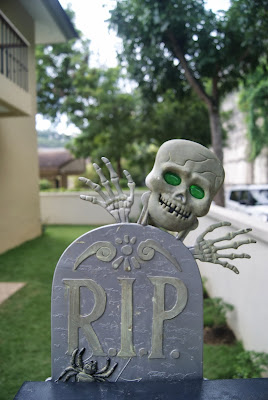 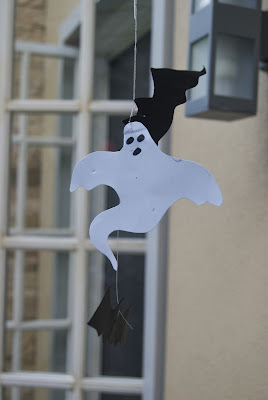 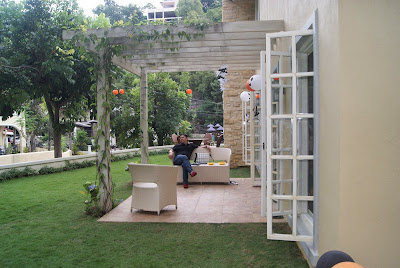 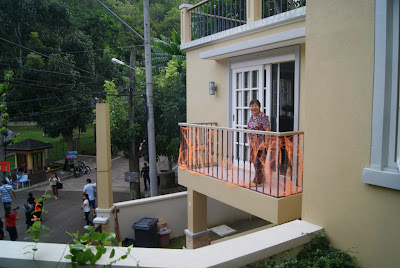 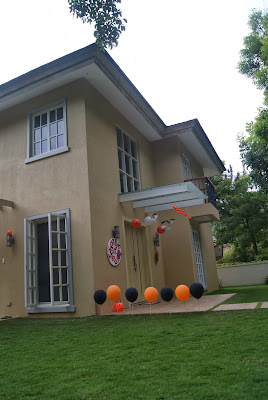 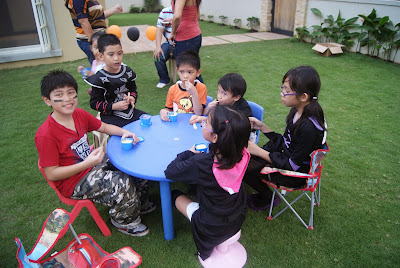 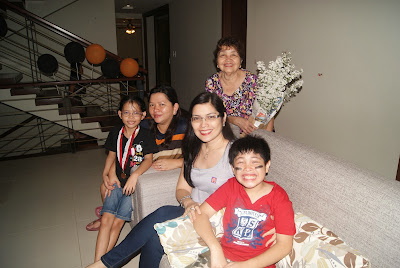 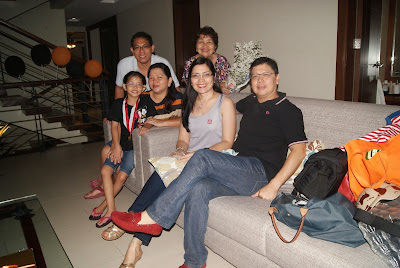