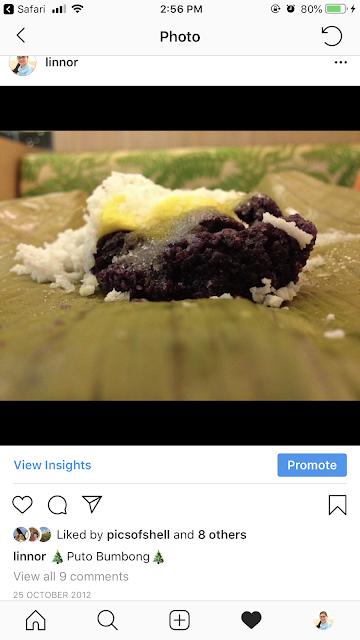 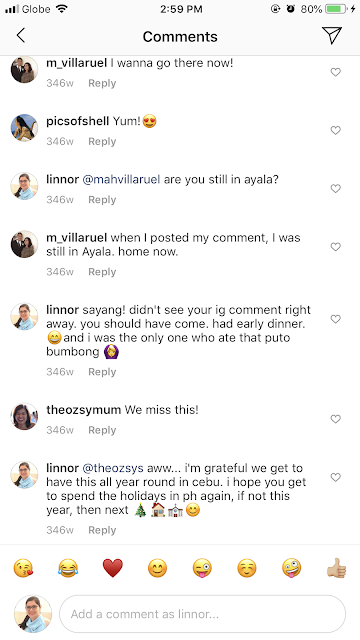 Loosely translated, it means glutinous (or sticky) rice steamed in bamboo tubes. In Manila while I was growing up until right before I got married (and moved to Cebu), the sight of stalls selling puto bumbong signalled that the Christmas season in the Philippines, or at least in Manila, has begun.

It would be sold during the 9-day novena masses at dawn in December, together with bibingka and hot chocolate. So it was special in a way that we would look forward to having it every year.

Luckily for us in Cebu, there's a local homegrown restaurant that has puto bumbong and bibingka as one of its native specialties all year round. Today I had it for dessert, drizzled with coconut and smothered with a bit of butter and sugar. It was like Christmas on a plate... in October! :)
at October 25, 2012